Info
Alpha Coders 10 Images
Interact with the Game: Favorite I'm Playing This I've Played This I Own This I've Beat This Want To Beat This Want To Play This Want To Buy This
Command & Conquer: Red Alert is the 2nd release in Westwoods Real-Time-Strategy series Command & Conquer and was published in 1996 by Virgin Interactive. Red Alert takes place during an unspecified period in the 1950s of a parallel universe, which was inadvertently created by Albert Einstein in a failed attempt to prevent the horrors of World War II. Starting off in 1946, at the Trinity site in New Mexico, the opening to Red Alert shows Albert Einstein as he is preparing to travel backwards through space and time. After his experimental "Chronosphere" device is activated, he finds himself in Landsberg, Germany, in the year 1924, where he meets a young Adolf Hitler just after the latter's release from Landsberg Prison. Following a brief conversation between the two, Einstein shakes Hitler's hand, and this somehow eliminates Hitler's existence from time and returns Einstein to his point of origin. With the threat of Nazi Germany having been successfully removed from history, the Soviet Union began to grow increasingly powerful under the rule of Joseph Stalin. Had Adolf Hitler risen to power, Nazi Germany would have emerged as a force standing in the way of Stalin's own ambitions of conquest. Instead, left unweakened, the USSR proceeds by seizing lands from China and then begins invading Eastern Europe, in order to achieve Joseph Stalin's vision of a Soviet Union stretching across the entire Eurasian landmass. In response, the nations of Europe form into the Alliance, and start a grim and desperate guerrilla war against the invading Soviet army. Over the course of the game's story, the Allies and Soviets fight out a devastating conflict for control over the European mainland, in what has become an alternate World War II.
Game Info
Franchise: Command & Conquer
Released: 1996-10-31
ESRB: T - Teen
Players: 4+
Publisher: Virgin Interactive
Developer: Westwood Studios
Platforms: Sony Playstation Sony Playstation PC PlayStation
Genres: Strategy Real-Time Strategy
Tags:
Part of the Command & Conquer Fan Club
Command & Conquer Fan Club 85 Wallpapers 9 Art 56 Images 25 Avatars 23 Games 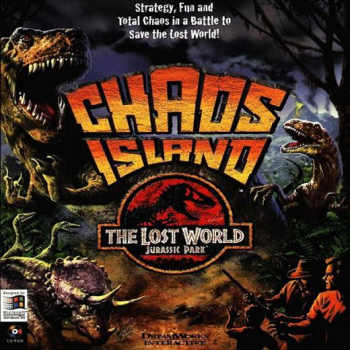