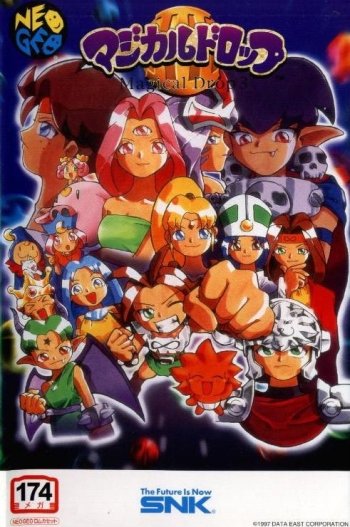 Info
2 Images
Interact with the Game: Favorite I'm Playing This I've Played This I Own This I've Beat This Want To Beat This Want To Play This Want To Buy This
Magical Drop is played in a style and gameplay similar to Compile's (now Sega's) Puyo Puyo and Taito's Puzzle Bobble franchises; a "stack" of random colored bubbles descend from the top, and a player is defeated when a bubble hits the bottom. Bubbles can be picked up and dropped by the player's "clown" at the bottom, and are destroyed when three or more of the same color are put together on a single column. "Chains" are formed either when a single drop caused a chain reaction, or when more than one group of bubbles is destroyed in quick succession. The game is normally played with two players (one may be a computer opponent), and chains cause the opponent's stack to descend faster.
Game Info
Franchise: -
Released: 1997-04-25
Players: 2
Publisher: Snk
Developer: Data East
Platforms: Arcade NeoGeo Neo Geo PlayStation Saturn Wii Shop PlayStation Network (PS3) PlayStation Network (PSP) Zeebo Xbox One PlayStation 4 Nintendo Switch
Genres: Puzzle
Tags: 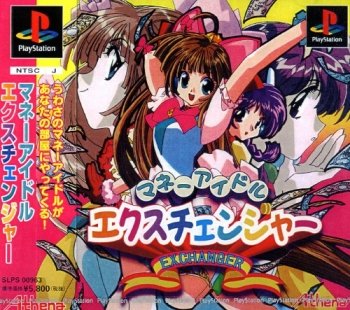 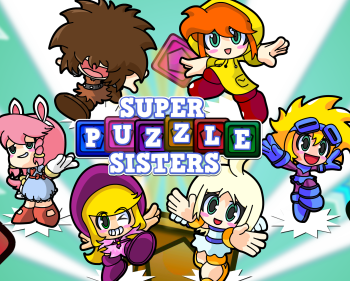