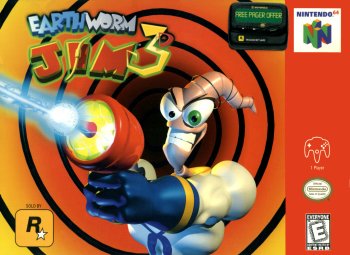 Info
Alpha Coders 9 Images
Interact with the Game: Favorite I'm Playing This I've Played This I Own This I've Beat This Want To Beat This Want To Play This Want To Buy This
Earthworm Jim is hit by a flying cow that sends him into a coma. Jim awakens within his own mind and discovers he has gone insane. His past villains have entered his mind and if something doesn't happen soon, Jim will be in the coma forever. His super ego has been unleashed within his mind to stop the madness. To restore his sanity he must find the Golden Udders of lucidity. When Jim enters his mind, he finds out that his four mind chambers have been taken over by his worst fears. He must collect Golden Udders to unlock the other three chambers and Green Marbles to unlock the levels within the chamber. Jim defeats four villains who took over his mind chambers, and finally faces the personification of his trauma: Earthworm Kim.
Game Info
Franchise: Earthworm Jim
Released: 1999-10-31
ESRB: E - Everyone
Players: 1
Publisher: Interplay
Developer: VIS Entertainment
Platforms: Nintendo 64 PC
Genres: Action Platformer
Tags:
Part of the Earthworm Jim Fan Club
Earthworm Jim Fan Club 11 Wallpapers 1 Art 28 Images 6 Avatars 5 Games 1 TV Shows 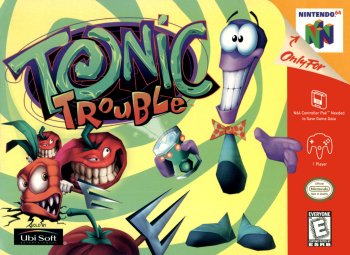