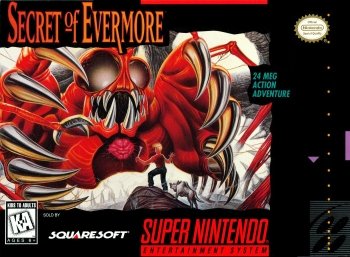 Info
Alpha Coders 1 Wallpapers 9 Images
Interact with the Game: Favorite I'm Playing This I've Played This I Own This I've Beat This Want To Beat This Want To Play This Want To Buy This
Secret of Evermore is another famous RPG developed and released by Square in 1995. A day at the movies for a young boy & his dog turns into an adventure that spans across several different time periods and locations, on their journey they discover the Secret of Evermore and find their way home. Produced by the North American branch of Square, Evermore's soundtrack would be the first major work by Jeremy Soule, the famed Elder Scrolls composer.
Game Info
Franchise: -
Released: 1995-10-01
ESRB: E - Everyone
Players: 1
Publisher: Squaresoft
Developer: Squaresoft
Platforms: Super Nintendo (SNES) Super Nintendo Entertainment System
Genres: Action Role-Playing
Tags: 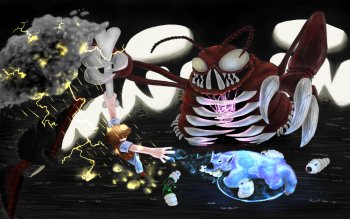