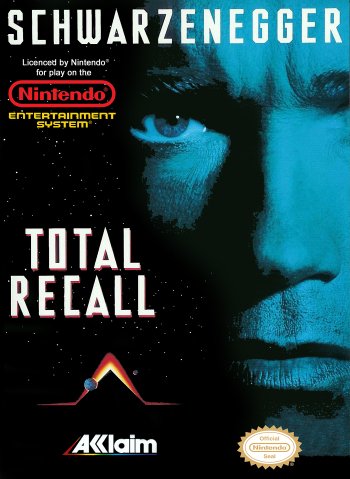 Info
Alpha Coders 1 Wallpapers 5 Images
Interact with the Game: Favorite I'm Playing This I've Played This I Own This I've Beat This Want To Beat This Want To Play This Want To Buy This
Based on the 1990 Schwarzenegger film of the same name, Total Recall for the NES generally adheres to the movie's plot across its nine levels. Unlike the various PC iterations, this title was created by Interplay and published by Acclaim. Players control Doug Quaid as he platform hops across Earth and Mars in search of his stolen memories and the responsible parties. A collection of police, soldiers, and creatures will try to stop him. Quaid's default attack is a strong punch, though guns can be knocked away from some guards and picked up for use. Cutscenes between certain levels tell the movie's plot, and feature likenesses of the actors from the film (including Arnold).
Game Info
Franchise: Total Recall
Released: 1991-03-01
Publisher: Acclaim
Developer: Interplay
Platforms: Commodore 64 Nintendo Entertainment System (NES) Pinball
Genres: Action Pinball
Tags:
Part of the Total Recall Fan Club
Total Recall Fan Club 27 Wallpapers 11 Art 134 Images 2 Avatars 3 Gifs 1 Games 2 Movies 1 TV Shows 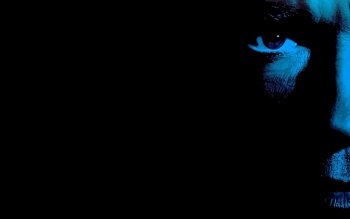 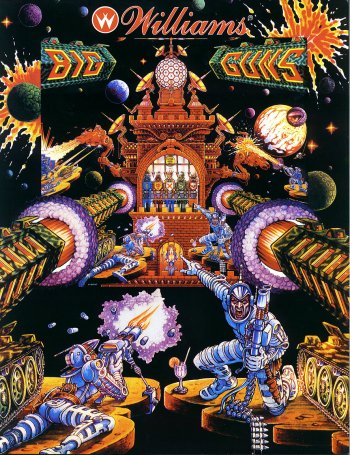