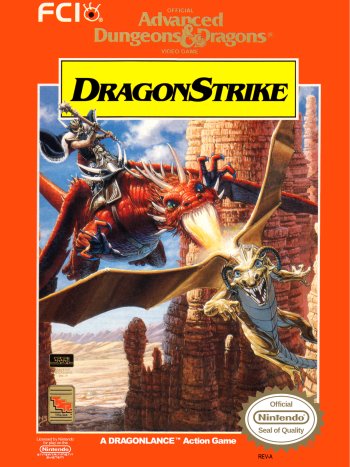 Info
Alpha Coders 4 Images
Interact with the Game: Favorite I'm Playing This I've Played This I Own This I've Beat This Want To Beat This Want To Play This Want To Buy This
The game is set in Krynn, world of the Dragonlance saga, during the War of the Lance. DragonStrike combined elements of computer role-playing games and flight simulators. The player character is a knight who flies on the back of a metallic dragon equipped with a lance and various magic items (among other things a magic orb that acts as a radar in the game).
Game Info
Franchise: -
Released: 1994-01-20
Players: 1
Publisher: Strategic Simulations
Developer: Westwood Associates
Platforms: Nintendo Entertainment System (NES) 3DO
Genres: Role-Playing Action
Tags: