Interact with the Game: Favorite I'm Playing This I've Played This I Own This I've Beat This Want To Beat This Want To Play This Want To Buy This
Half-Life 2: Episode Two is a first-person shooter video game, the second episode in a series of sequels to the 2004 Half-Life 2. It was developed by Valve Corporation in tandem with Episode One, the first game in the series, and released in 2007 via Valve's Steam content distribution platform.[3] The episode was released both separately and as a part of a bundled package, The Orange Box.[4] Episode Two gameplay consists of expansive environments, travel and reduced linear play, continuing Valve's policy of orienting each episode around a particular theme or set of technologies. Following the closing events of Episode One, it sees Gordon Freeman and the series' other major characters moving away from City 17 to the surrounding countryside.[3] The retail version was released on October 10, 2007, in North America and Russia for Windows and Microsoft's Xbox 360 after repeated delays. The version for the PlayStation 3 was to be released "around two or three weeks later," as it was produced separately at the Electronic Arts UK studio, according to Valve marketing director Doug Lombardi.[5] This version was further delayed. For the rest of the world, the release date was October 18.[6] The Steam version was released worldwide on October 10, 200
Game Info
Platforms: PC Android Mac Linux
Franchise: Half-Life
Released: 2007-10-10
Publisher: NVIDIA SHIELD Partners
Developer:
Rating: 0.00
Genres:
Tags:
adventure
alien
dystopian
Episodic
First-Person
FPS
horror
multiplayer
post apocalyptic
puzzle
Sci Fi
shooter
Singleplayer
zombie
Part of the Half-Life Fan Club
Half-Life Fan Club 231 Wallpapers 10 Art 72 Images 119 Avatars 1 Gifs 33 Covers 11 Games 2 Movies 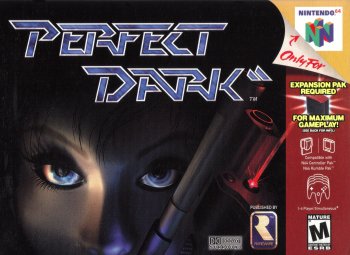