Info
3 Wallpapers 3 Images
Interact with the Game: Favorite I'm Playing This I've Played This I Own This I've Beat This Want To Beat This Want To Play This Want To Buy This
The player participates in a quest to save the land of Ehb from the forces of evil. The player follows the main character from their humble beginnings as a farmer to their ultimate destiny as a powerful hero or heroine. As the game progresses, the main character may be joined by other adventurers, whom the player also controls. The background is based in a fantasy medieval world with geographic variety in open and closed environments (dungeons). The graphics are mildly detailed with environment changes. Aranna is the continent upon which the games of the Dungeon Siege series take place. The Kingdom of Ehb is at the western edge of the continent. Dungeon Siege and its expansion pack Dungeon Siege: Legends of Aranna take place in and around the Kingdom of Ehb.
Game Info
Platforms: PC Mac
Franchise: Dungeon Siege
Released: 2002-03-31
ESRB: T - Teen
Players: 4+
Play Modes: Coop
Publisher: Microsoft Game Studios
Developer: Gas Powered Games
Rating: 6.50
Genres:
Tags:
Action
adventure
Co-op
Dungeon Crawler
fantasy
Hack and slash
isometric
Loot
multiplayer
Party-Based RPG
Real-Time
RPG
Singleplayer
Part of the Dungeon Siege Fan Club
Dungeon Siege Fan Club 21 Wallpapers 9 Images 2 Avatars 7 Games 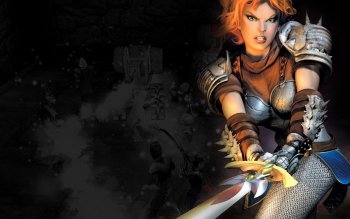 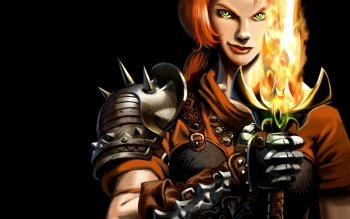