Interact with the Game: Favorite I'm Playing This I've Played This I Own This I've Beat This Want To Beat This Want To Play This Want To Buy This
Stack-Up is an Action game, developed and published by Nintendo, which was released in 1985. In some modes, Professor Hector works with R.O.B. to organize blocks. In others, Hector competes for control of R.O.B. against "glitches" named Spike & Flipper, or against Professor Vector. The player must direct Professor Hector to jump onto buttons, that each activate an action for R.O.B., in a sequence in order to get R.O.B. to arrange the colored discs in a certain order on the five pedestals around R.O.B.
Game Info
Franchise: -
Released: 1985-07-26
Publisher: Nintendo
Developer: Nintendo
Platforms: Nintendo Entertainment System (NES) Nintendo Entertainment System
Genres: Action Strategy Educational
Tags: 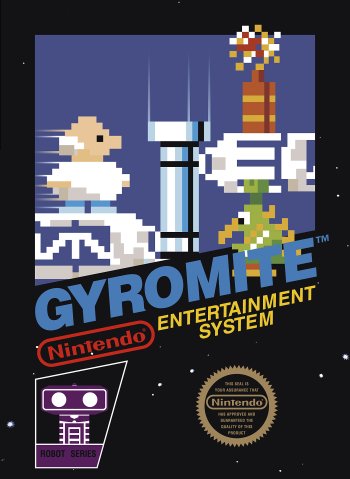