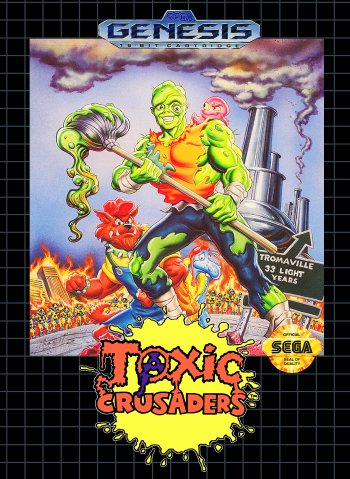 Info
Alpha Coders 1 Images
Interact with the Game: Favorite I'm Playing This I've Played This I Own This I've Beat This Want To Beat This Want To Play This Want To Buy This
Based on Troma's cartoon series of the same name, the Toxic Crusaders protect the city of Tromaville against the plots of the alien Dr. Killemoff and his Radiation Rangers. That is, until Killemoff captures all of the Toxic Crusaders save one. As Toxie, you must "mop up" Killemoff's forces through 6 levels and rescue his comrades before it's too late. The game is action-oriented. Toxie's only abilities are to jump and to punch his way through enemies. He initially starts with a mop weapon, which can be easily lost.
Game Info
Franchise: -
Released: 1992-12-31
Developer:
Platforms: Nintendo Entertainment System (NES) Nintendo Game Boy Game Boy Genesis Nintendo Entertainment System Sega Mega Drive
Genres: Action Brawler
Tags: 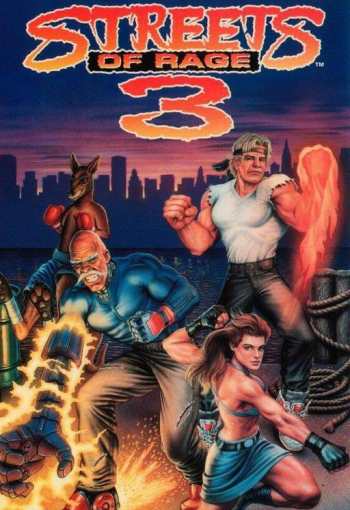 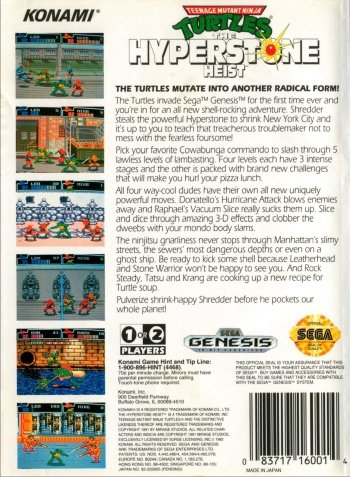 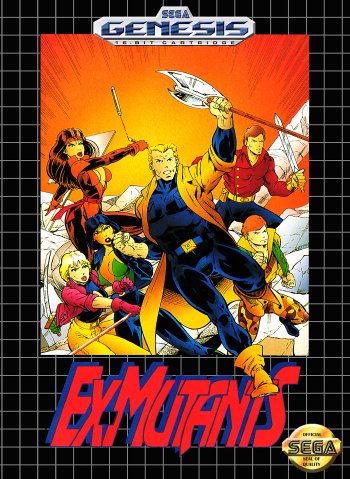