Interact with the Game: Favorite I'm Playing This I've Played This I Own This I've Beat This Want To Beat This Want To Play This Want To Buy This
Order Up! is a cooking simulation-styled mini-game compilation developed by SuperVillain Studios and published by Zoo Games and Funbox Media. It was released on July 22, 2008 in North America and October 24, 2008 in Europe for the Wii.[4] An enhanced port titled Order Up!! was released for the PlayStation 3 and Nintendo 3DS on December 9, 2011.[5] The game has been released on iOS and Android as Order Up!! To Go.[6]
Game Info
Franchise: -
Released: 2008-07-22
ESRB: E - Everyone
Developer:
Platforms: Sony Playstation 3 Nintendo 3DS Nintendo Wii PlayStation 3 Wii PlayStation Network (PS3) iPhone Nintendo 3DS eShop
Genres: Action Simulation
Tags: 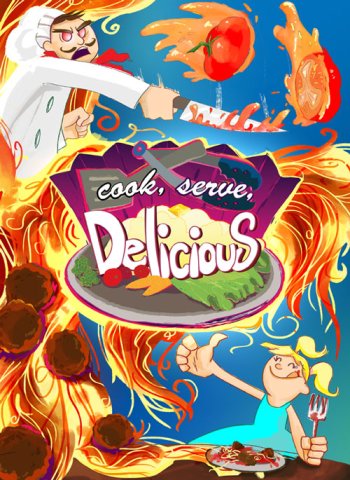