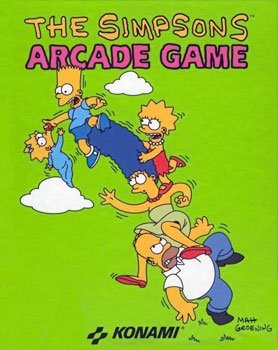 Info
Alpha Coders 2 Images 1 Gifs
Interact with the Game: Favorite I'm Playing This I've Played This I Own This I've Beat This Want To Beat This Want To Play This Want To Buy This
A jewel heist gone wrong sees Mr Burns's sidekick, Smithers, kidnapping Maggie and making his escape. Between one and four players take on the role of either Homer, Marge, Lisa, or Bart in this colorful, horizontally-scrolling beat-em-up from Konami. Each Simpsons character possesses an attacking move specific to them; Marge is armed with a vacuum cleaner, Lisa has a skipping rope, Bart has his skateboard, and Homer fights with his fists. The players must battle their way through a variety of Simpsons-themed levels - such as Springfield and Krustyland - fighting goons, thugs, zombies, drunks, firemen, and several Simpsons regulars. Many Simpsons characters that don't appear as enemies have 'cameo' scenes in the game (Otto working at a burgerstand in Krustyland, for example). The archetypal 'boss' character awaits the players at the end of every stage. The game ends with a final showdown with the evil Mr. Burns in his luxurious mansion.
Game Info
Franchise: The Simpsons
Released: 1990-10-10
Players: 4+
Play Modes: Coop
Publisher: Konami
Developer: Konami
Platforms: Arcade Pinball
Genres: Fighting Pinball
Tags:
Part of the The Simpsons Fan Club
The Simpsons Fan Club 268 Wallpapers 122 Art 368 Images 310 Avatars 2221 Gifs 19 Games 3 Movies 1 TV Shows