Interact with the Game: Favorite I'm Playing This I've Played This I Own This I've Beat This Want To Beat This Want To Play This Want To Buy This
This game is a remake of Strikers 1945 II for different hardware, featuring a horizontal screen. The player chooses one of six planes or can opt for a random choice. The first four stages are in random order, while the last four are sequential. Players collect weapon powerups, bombs, and gold bars for points. Each plane has a unique "supershot" which is charged by damaging enemies and fired by holding then releasing the fire button. Supershots can be stored, although the number varies from plane to plane. Using a bomb results in a large friendly fighter swooping onto the screen and blocking shots while returning fire for a few seconds. After the player beats the final boss, the game starts again from the beginning, albeit at a much higher difficulty level. All level are similar to the ones in Strikers 1945 II. Only one of the four bosses that are randomly chosen and the sixth boss is changed.
Game Info
Platforms: NeoGeo Arcade Neo Geo PlayStation Portable iPhone PlayStation Network (PSP) iPad Nintendo Switch
Franchise: -
Released: 1999-01-01
Players: 2
Play Modes: Coop
Publisher: SNK
Developer: Psikyo
Rating: 0.00
Genres:
Tags: 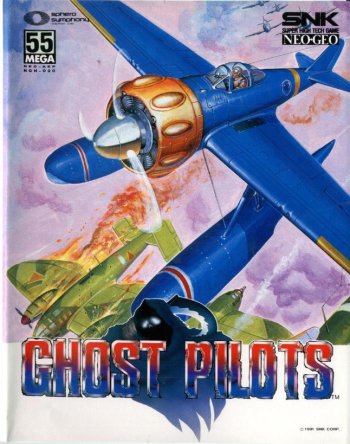