Interact with the Game: Favorite I'm Playing This I've Played This I Own This I've Beat This Want To Beat This Want To Play This Want To Buy This
The Davis Cup is an annual international team event in men's tennis. The participating countries, consisting of different players, compete in both singles and doubles matches. The entire championship has been made available in this game, and the matches are played using a third-person perspective. There are different types of courts and difficulty levels. Aside from the championship, you can also practice, enter tournaments or play exhibition matches. Work along with a friend as a team or compete in singles matches. Aside from the familiar strokes, timing is important to determine the amount of spin.
Game Info
Franchise: Tennis
Released: 1991-12-31
Publisher: Tengen
Developer: Loriciels
Platforms: TurboGrafx 16 Sega Genesis Genesis TurboGrafx-CD TurboGrafx-16
Genres: Sports Tennis
Tags:
Part of the Tennis Fan Club
Tennis Fan Club 1941 Wallpapers 3 Art 431 Images 28 Avatars 14 Gifs 33 Games 3 Movies 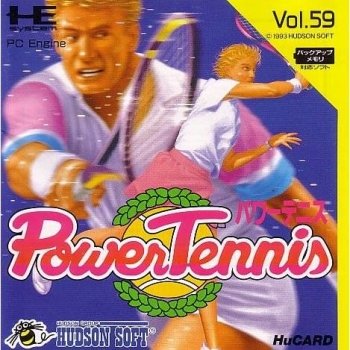