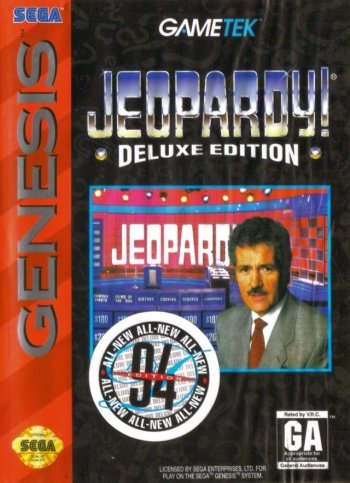 Info
Alpha Coders 1 Wallpapers 1 Images
Interact with the Game: Favorite I'm Playing This I've Played This I Own This I've Beat This Want To Beat This Want To Play This Want To Buy This
Jeopardy! Deluxe Edition is an updated version of it's Jeopardy! predecessor which features over 3,500 different new questions along with the standard features of Jeopardy such as Daily Doubles, a digitized likeness of the host, Alex Trebek and even the theme music. Like it's previous version, the player uses the buttons to buzz in and using the d-pad to highlight letters and spelling out their answers. The player can also play against two friends or play against the computer A.I. instead.
Game Info
Franchise: -
Released: 1993-06-21
Players: 2
Publisher: GameTek
Developer: Imagineering Inc
Platforms: Sega Genesis Super Nintendo (SNES) Genesis Super Nintendo Entertainment System
Genres: Puzzle Trivia/Board Game
Tags: 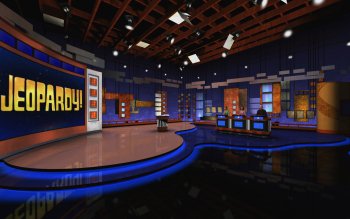