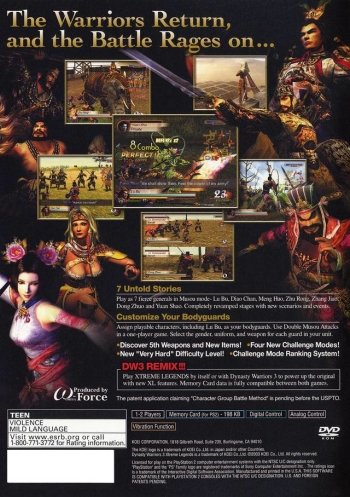 Info
Alpha Coders 3 Images
Interact with the Game: Favorite I'm Playing This I've Played This I Own This I've Beat This Want To Beat This Want To Play This Want To Buy This
Dynasty Warriors 3: Xtreme Legends is a stand-alone expansion to Dynasty Warriors 3. In both games, you take control of a military general in ancient China, each with their own unique abilities and weapons. The gameplay is simple: you destroy hoards of differently ranked enemies on an open battlefield. Your objective in most missions is to defeat one or more enemy generals. Each character you choose has a different storyline (this story mode is referred to as "Musou Mode"), with seven battles progressing the story along. Battles get harder as you move along in the story. There is also a free mode, which allows you to play any level that you have unlocked with any general that you have unlocked (you start the game with three generals from three different dynasties). The difference between Xtreme Legends and the original Dynasty Warriors 3 is that in Xtreme Legends, the Musou Mode only features seven unaligned generals that you couldn't play as in the original. There are also challenge modes in Xtreme Legends not featured in the original. And there is a more advanced bodyguard system allowing you to name them, customize their advancement, and choose from more weapons you unlock as you play through the game.
Game Info
Franchise: Dynasty Warriors
Released: 2003-01-24
ESRB: T - Teen
Players: 2
Play Modes: Coop
Publisher: KOEI
Developer: KOEI
Platforms: Sony Playstation PlayStation 2
Genres: Action
Tags:
Part of the Dynasty Warriors Fan Club
Dynasty Warriors Fan Club 7 Wallpapers 24 Images 1 Avatars 31 Games 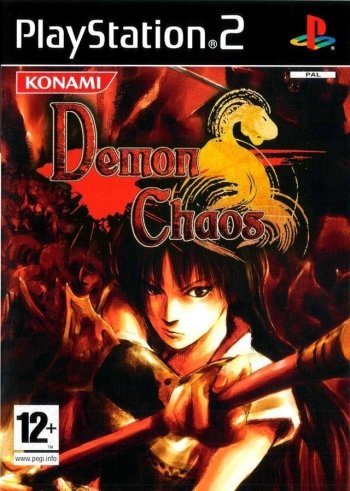