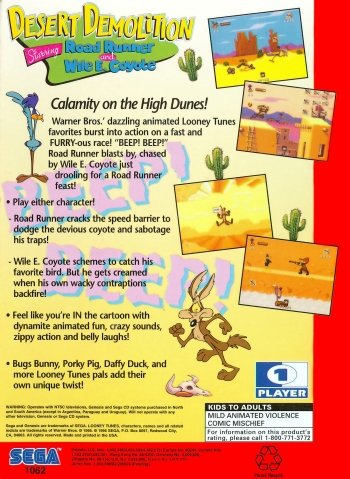 Info
4 Images
Interact with the Game: Favorite I'm Playing This I've Played This I Own This I've Beat This Want To Beat This Want To Play This Want To Buy This
Play either the Road Runner OR Wile E. Coyote in this unique side-scroller that is just like an interactive Saturday morning cartoon. Your goal: run through six different desert environments before time expires, collecting ACME stamps. As the Road Runner, speed is your ally as you do incredible jumps, burn though loop-de-loops, and avoid all of the Coyote's contraptions and ambushes. The Road Runner can also scare an unsuspecting Coyote with his Beep-Beep attack. As the Coyote, you use Acme's crazy gadgets to catch the Road Runner, constantly attempting to master their power without getting yourself flattened. The Coyote has a special leap attack which allows him to make a last ditch attempt to grab the bird!
Game Info
Franchise: -
Released: 1994-08-06
ESRB: E - Everyone
Players: 1
Publisher: Sega
Developer: BlueSky
Platforms: Sega Genesis Genesis
Genres: Platform Action
Tags: 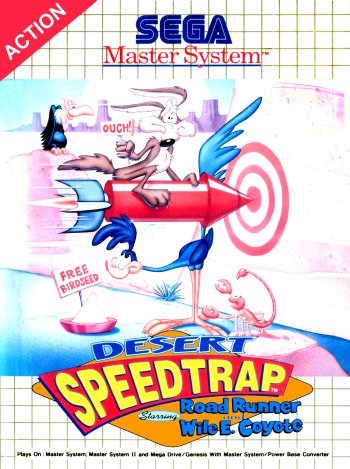 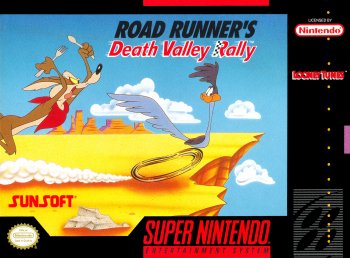