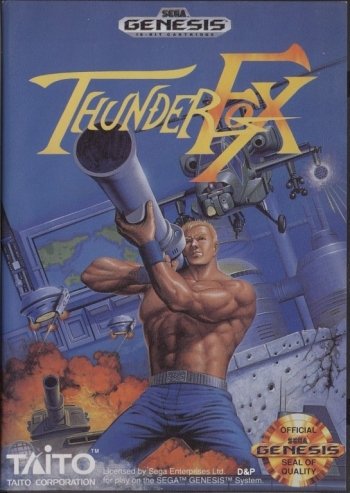 Info
Alpha Coders 1 Images
Interact with the Game: Favorite I'm Playing This I've Played This I Own This I've Beat This Want To Beat This Want To Play This Want To Buy This
Thunder Fox is an arcade game created by Taito. It was released in arcades in 1990 and for the Sega Mega Drive/Genesis in 1991. It was later released on various consoles such as the Xbox and PlayStation 2 in Taito Legends, a compilation of Taito classics. The gameplay for Thunder Fox is similar to other popular side scrolling action games like Namco's Rolling Thunder, and Sega's Shinobi. There are three buttons for each player - Attack, which normally is used to make Thunder and Fox (the game's heroes) stab with their knives. Jump, and a Weapon button which fires or throws a weapon acquired by the heroes. What makes this game unique is that the game gives players the opportunity to allow players to use their obtained weapons (save for the hand grenades) as melee weapons which helps conserve ammunition for when it's needed.
Game Info
Franchise: -
Released: 1990-12-31
Players: 2
Play Modes: Coop
Publisher: Taito
Developer: Taito
Platforms: Sega Genesis Arcade Genesis
Genres: Action Brawler
Tags: 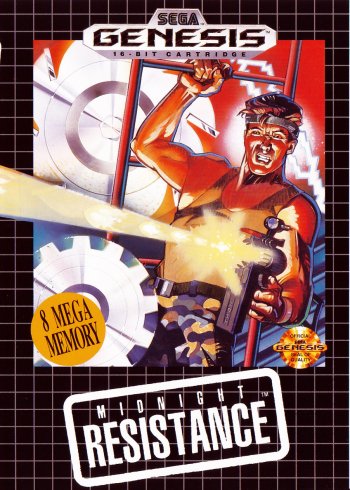 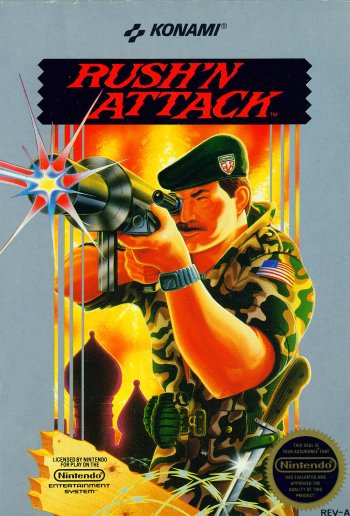