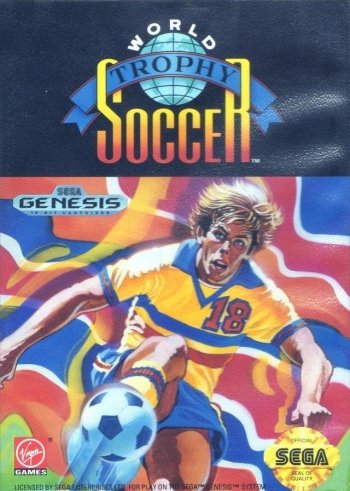 Info
3 Images
Interact with the Game: Favorite I'm Playing This I've Played This I Own This I've Beat This Want To Beat This Want To Play This Want To Buy This
World Trophy Soccer (also known as European Club Soccer) is a reworking of Manchester United Europe, using the same side-view gameplay and a wider view than Krisalis' other football game of the time, John Barnes' European Football. All the teams who were in contention for one of the 3 main European tournaments as they were at the time of the game's release are included, although with fictitious player names and a few inaccurate kits. Cutscenes detail the match's progress, while a referee is active on the screen. The game can be played in arcade or simulation modes, with 6 different formations available.
Game Info
Franchise: -
Released: 1992-12-31
Publisher: Virgin Games
Developer: Novotrade
Platforms: Sega Genesis Genesis
Genres: Sports Soccer
Tags: