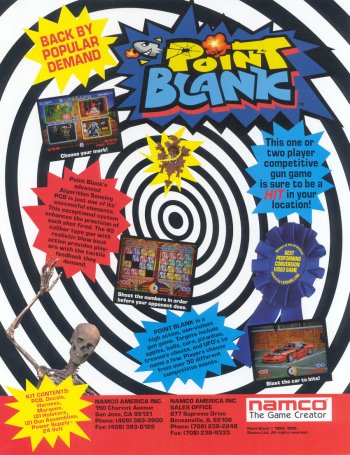 Info
25 Wallpapers 19 Mobile Walls 1 Art 3 Images 19 Avatars
Interact with the Game: Favorite I'm Playing This I've Played This I Own This I've Beat This Want To Beat This Want To Play This Want To Buy This
Point blank is a puzzle/light gun shooter that is merciless in its pace. The premise of the game is based around "quick fire" rounds that tests players' accuracy and reactions. The game is structured in a very random manner with four non-related stages being displayed for players to choose from each time they complete a stage. Stages are comprised of accuracy tests such as having to shoot the apple off the head of a far away character with only one bullet or judgment tests, such as killing only bad guys in a sea of good guys. Other stages involve solving puzzles by shooting out keys on a keyboard to spell words.
Game Info
Franchise: -
Released: 1998-04-30
Players: 2
Publisher: Namco
Developer: Namco
Platforms: PC Arcade PlayStation
Genres: Action Minigame Collection Light-Gun Shooter
Tags: 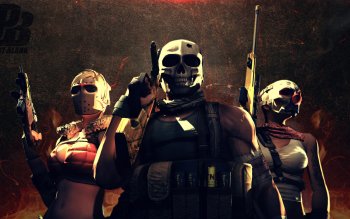 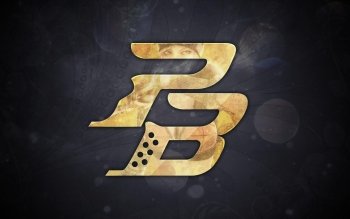 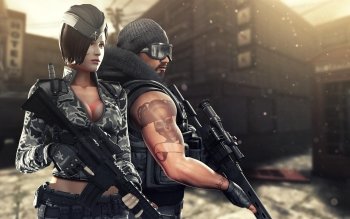 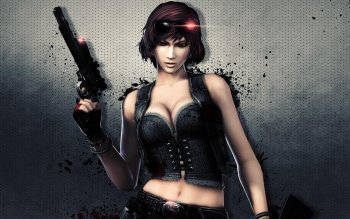 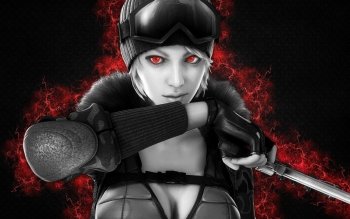 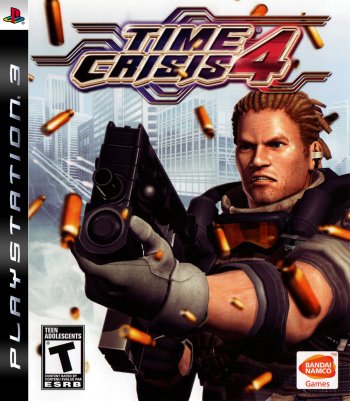 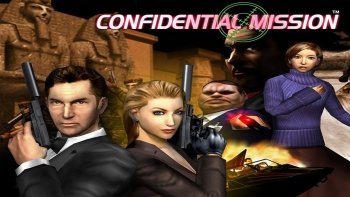 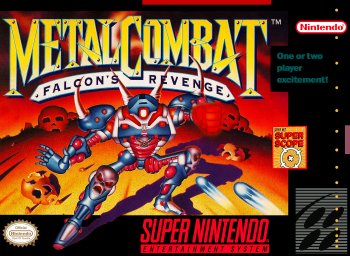 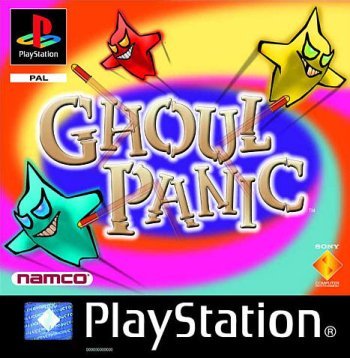 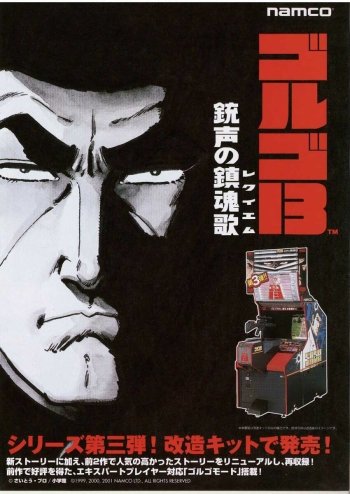