Info
3 Wallpapers 3 Images
Interact with the Game: Favorite I'm Playing This I've Played This I Own This I've Beat This Want To Beat This Want To Play This Want To Buy This
The game begins with Jak and Daxter, the protagonists, and Samos, their guardian, watching as Keira, Samos’ daughter and Jak’s love interest, demonstrate the Rift Rider and Precursor Rift Gate that they found in the previous game. When activated, the Rift opens a portal, and a large ominous atmosphere and a monster appear. Jak launches the Rider through the gate, past the monster. Jak and Daxter, separated from Keira and Samos, arrive in the segregated dystopia known as Haven City. They are separated on arrival, and Jak is captured by the city's Krimzon Guard. While Jak is imprisoned, he undergoes experiments with Dark Eco under the command of the city's leader: Baron Praxis. Jak, along with previous prisoners in the city jail, were experimented on for Operation: Dark Warrior, a project that consisted of injecting prisoners with dark eco in order to give them super-human abilities to be used in Haven City's war against animalistic creatures called Metal Heads. Jak, the only prisoner to survive the experiments, is altered mentally and physically, turning him (temporarily under random and controlled spasms) into a deadly monster.
Game Info
Platforms: Sony Playstation 2 PlayStation 2 PlayStation Network (PS3) PlayStation Vita PlayStation Network (Vita) PlayStation 4
Franchise: Jak and Daxter
Released: 2003-10-14
ESRB: T - Teen
Players: 1
Publisher: Sony
Developer: Naughty Dog
Rating: 6.50
Genres:
Tags:
Part of the Jak and Daxter Fan Club
Jak and Daxter Fan Club 5 Wallpapers 3 Images 7 Games 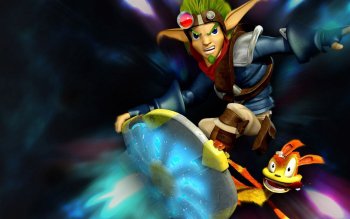 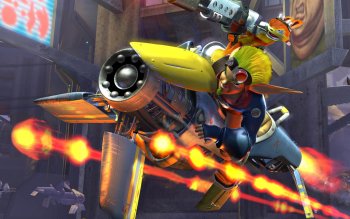 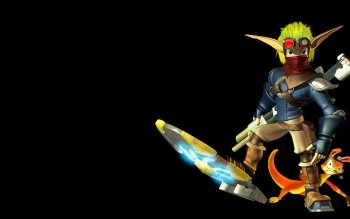