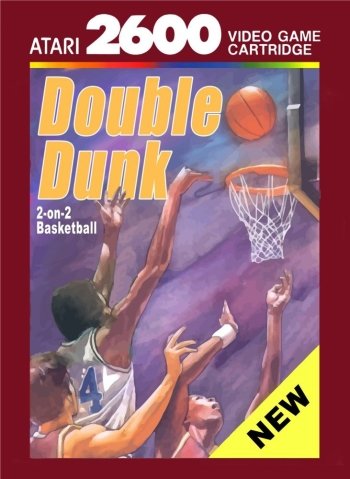 Info
Alpha Coders 1 Images
Interact with the Game: Favorite I'm Playing This I've Played This I Own This I've Beat This Want To Beat This Want To Play This Want To Buy This
Double Dunk is a simulation of two-on-two, half-court basketball. Teams have two on-screen characters, a shorter "outside" man and a taller "inside" man. In a single-player game, the player controls the on-screen character closest to the ball, either the one holding the ball (on offense) or the one guarding the opponent with the ball (on defense). In two-player games, each player may control one of the two teams as in a one-player game, or both players may play on the same team against a computer-controlled opponent.
Game Info
Franchise: -
Released: 1989-12-31
Players: 2
Publisher: Atari
Developer: Atari
Platforms: Atari 2600 Xbox 360 Games Store
Genres: Sports
Tags: