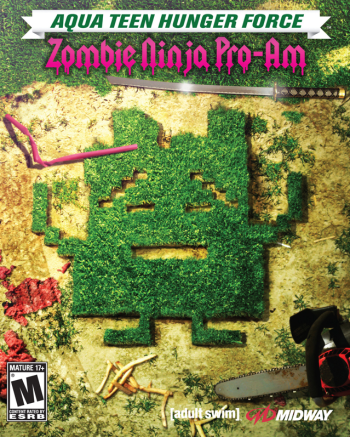 Info
Alpha Coders 1 Images
Interact with the Game: Favorite I'm Playing This I've Played This I Own This I've Beat This Want To Beat This Want To Play This Want To Buy This
This game is based on the animated Adult Swim show Aqua Teen Hunger Force, featuring the crime fighting trio of food items Master Shake, Frylock and Meatwad. Frylock had been admitted into the prestigious and exclusive Jersey Pines golf course... while Shake was rejected (he didn't actually apply, but that doesn't stop him from complaining about it). So, Shake decides to challenge Frylock in a game of golf just to prove that he's just as worthy as Frylock to be playing on that golf course. Who cares that Shake has no clue how to play golf? He's angry. The game plays like a mix between a quite simplified golf simulator, an action game and has golf cart racing elements thrown in for good measure. The game features lots of extras as well, such as 4 full episodes of the show (one of which is unaired), artwork and movie clips.
Game Info
Franchise: -
Released: 2007-11-05
ESRB: M - Mature
Publisher: Midway
Developer: Creat
Platforms: Sony Playstation 2 PlayStation 2
Genres: Action Driving/Racing Golf Brawler
Tags: 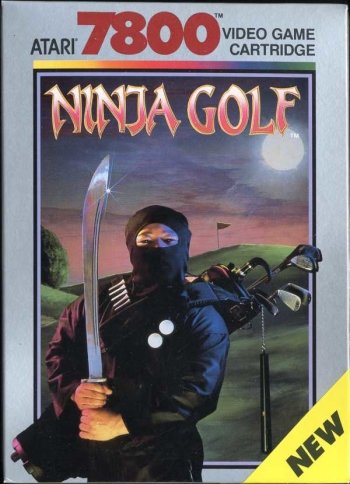