Interact with the Game: Favorite I'm Playing This I've Played This I Own This I've Beat This Want To Beat This Want To Play This Want To Buy This
The game is somewhat unusual in that between levels, the player plays poker for extra health and ammunition. The character is armed with 4 default weapons; a knife, a pistol, a rifle and a shotgun. Other weapons that can be found are TNT and Whisky bombs. The player can shoot objects such as whisky bottles, cans and enemies to score legend points, thus filling up the "trick shot" meter that lets the character use the secondary mode of firing which varies depending on the current weapon. The combat in the game also makes use of the game's physics engine, with the player being able to trigger physics based traps such as shooting a rock and causing it to fall onto an enemy below - kills obtained this way are rewarded with extra points and a greater increase in the "trick shot" meter. Dead Man's Hand is noteworthy for featuring a protagonist of Hispanic (or Mestizo) descent.
Game Info
Franchise: -
Released: 2004-03-02
ESRB: T - Teen
Publisher: Atari
Developer: Human Head Studios
Platforms: Microsoft Xbox Xbox PC
Genres: Shooter First-Person Shooter
Tags: 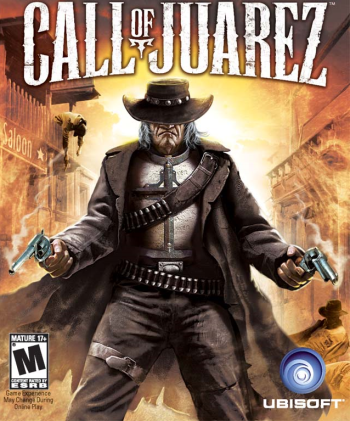 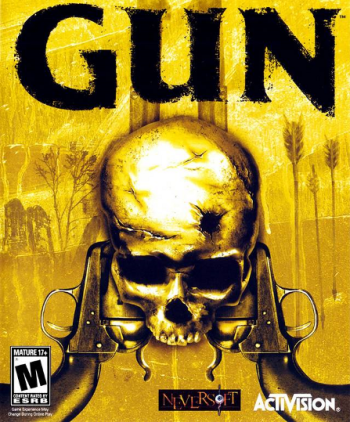