Info
5 Images
Interact with the Game: Favorite I'm Playing This I've Played This I Own This I've Beat This Want To Beat This Want To Play This Want To Buy This
id Meier’s Pirates! is a video game created by Sid Meier and developed and published by MicroProse in 1987. It was the first game to include the name "Sid Meier" in its title as an effort by MicroProse to attract fans of Meier's earlier games, most of which were combat vehicle simulation video games. The game is a simulation of the life of a pirate, a privateer, or a pirate hunter in the 16th, 17th and 18th centuries. Pirates! is set in the Caribbean. The Pirates! playing field includes the Spanish Main (namely the northern coast of South America), Central America and the Yucatán Peninsula, the entire Gulf of Mexico, Florida, and all Caribbean islands, plus Bermuda. The player is free to sail to any part of the above-mentioned lands, stopped by an invisible barrier southeast of Trinidad, all the way north to just northeast of Bermuda. The game was widely ported from the original Commodore 64 version, first to the Apple II (1987), then later to the PC (1987), Apple IIGS (1988), Macintosh (1988), Amstrad CPC (1988), Atari ST (1989), Amiga (1990) and Nintendo Entertainment System (1991). The Nintendo Entertainment System port was developed by Rare Ltd. and published by Ultra Games. Notably, tobacco is replaced as a trade item by "crops" because of Nintendo's family-friendly requirements. Several different versions were released for the PC: the original 1987 game, which came on a self-booting disk; a 1989 DOS re-release, otherwise identical to the booter version; a 1991 release, which came on high density floppies and only had manual copy protection. The 1994 PC edition, marketed as Pirates! Gold,[1] was a fully modernized CD-ROM game with VGA graphics, and an extra feature where governors assign you missions that were not in earlier versions. Pirates! Gold was also released on the Macintosh, Sega Genesis and Amiga CD32. Finally, an enhanced remake of 2004, also entitled Sid Meier's Pirates!, was released on the PC,[2] Xbox, Xbox 360, Mac OS X,[3] Wii and PlayStation Portable. Mobile versions were also released on the BlackBerry (2010), iPad (2011), iPhone and iPod touch (2012)[4] and Windows Phone 7 (2012). Tommo Inc. purchased the rights to this game and digitally publishes it through its Retroism brand in 2015.[5]
Game Info
Platforms: Sony PSP PC Microsoft Xbox Amiga Amstrad CPC Apple II Atari ST Commodore 64 Mac Nintendo Entertainment System Apple IIgs
Franchise: -
Released: 1987-12-31
ESRB: E - Everyone
Publisher:
Developer:
Rating: 0.00
Genres:
Tags:
adventure
Economy
exploration
Fighting
Historical
naval
open world
pirate
Remake
RPG
sailing
Sandbox
Singleplayer
Strategy
Trading 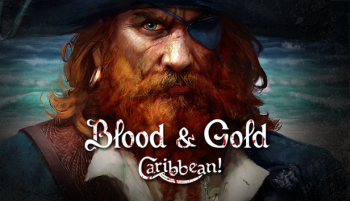