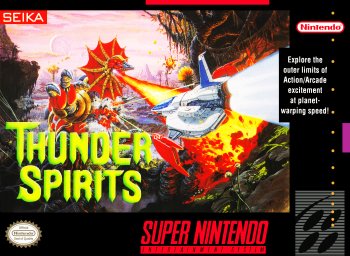 Info
Alpha Coders 1 Images
Interact with the Game: Favorite I'm Playing This I've Played This I Own This I've Beat This Want To Beat This Want To Play This Want To Buy This
A port of the arcade-only Thunder Force AC, a modified version of Thunder Force III made specifically for the arcades with reworked graphics and all top-down stages replaced by new side-scrolling ones. Thunder Spirits puts you behind the cockpit of a lone starfighter out to destroy all the enemy forces of the Orn empire by clearing 8 enemy-infested stages set in various outer space locations. The game gives you a health-bar and the ability to swap collected weapons on the fly, which can be obtained by catching power-ups and activating them whenever you want.
Game Info
Franchise: -
Released: 1991-12-27
Players: 1
Publisher: Seika
Developer: Technosoft
Platforms: Super Nintendo (SNES) Super Nintendo Entertainment System
Genres: Shooter Shoot 'Em Up
Tags: 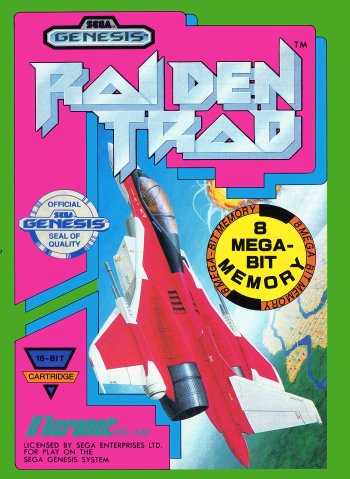