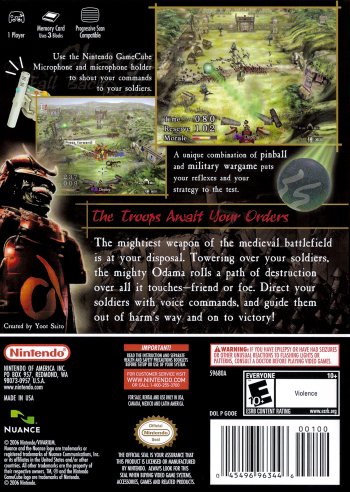 Info
Alpha Coders 3 Images
Interact with the Game: Favorite I'm Playing This I've Played This I Own This I've Beat This Want To Beat This Want To Play This Want To Buy This
Odama (大玉 Ōdama?, lit. "Great Ball") is a video game for the GameCube developed by Vivarium and published by Nintendo in 2006. The game was produced and designed by Seaman creator, Yutaka Saito. Odama blends tactical wargaming with pinball gameplay. The game takes place in a feudal Japan setting. The main character is a young general named Yamanouchi Kagetora, who is intent on avenging his father's death by reviving the most ingenious weapon ever to hit the medieval battlefield: the Odama. The Odama is a gigantic ball powerful enough to destroy whatever it strikes, friend or foe. Using giant flippers, players aim the Odama to bowl over enemies, shatter their defenses and wreak havoc on the battlefield. With the Nintendo GameCube Microphone, players direct their soldiers out of the Odama's way and into the fray by charging the enemy, defending positions and seizing the enemy gates.
Game Info
Franchise: -
Released: 2006-04-10
ESRB: E10+ - Everyone 10+
Players: 1
Publisher: Nintendo
Developer: Vivarian
Platforms: Nintendo GameCube GameCube
Genres: Strategy Action Real-Time Strategy Pinball
Tags: 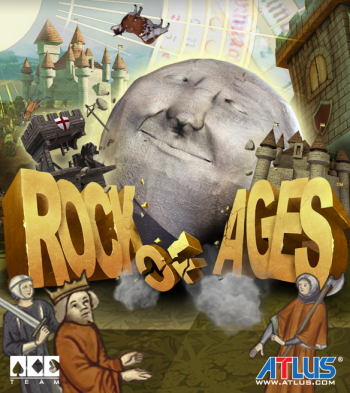 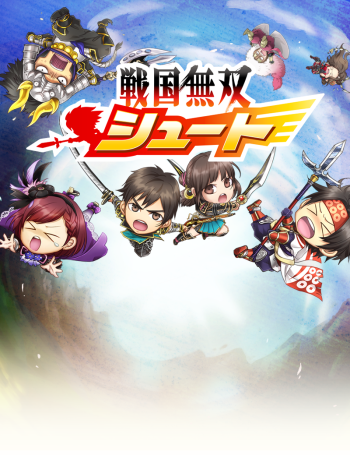