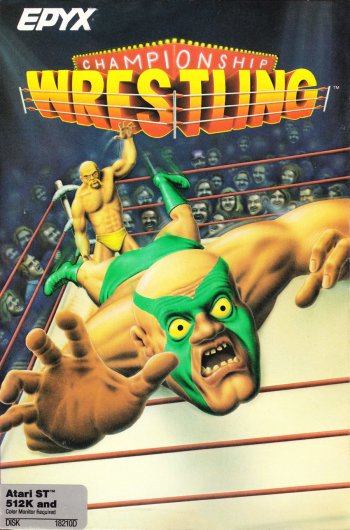 Info
3 Images
Interact with the Game: Favorite I'm Playing This I've Played This I Own This I've Beat This Want To Beat This Want To Play This Want To Buy This
CHAMPIONSHIP WRESTLING And now we proudly present the Sultan of Slam. The Champs of Chokes. The meanest, nastiest, foulest fighters the canvas has ever seen. We bring you the guys who use every dirty trick known to man. And a few that aren't. Take on any eight rowdy wrestlers, each with his own individual style when it comes to busting heads. From K.C. Colossus, whose "trash computer" turns victims into waste matter, to Prince Vicious, who gets a crush on every opponent. Use leg drops, spin kicks, body slams, rope bouncing, a flying drop kick, a suplex, an airspin, even the famous atomic drop to mangle those dudes. You'll need over 200 stitches if you don't. The crowd will cheer. They'll boo. They'll egg you on, or simply throw eggs instead. The scoring is based on the complexity of your moves and of course, your strength. And one day, probably long after your poor battered head resembles an over-cooked cabbage, you'll be good enough to win the title. And the coveted 'Championship Wrestling Belt' will be yours.
Game Info
Franchise: -
Released: 1986-12-31
Players: 2
Publisher: Epyx
Developer: Epyx
Platforms: Commodore 64 Apple II Atari ST Commodore 16
Genres: Sports Wrestling
Tags: 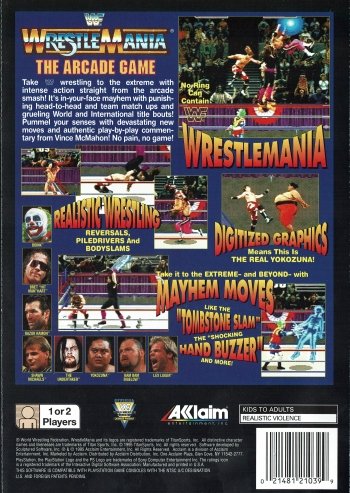 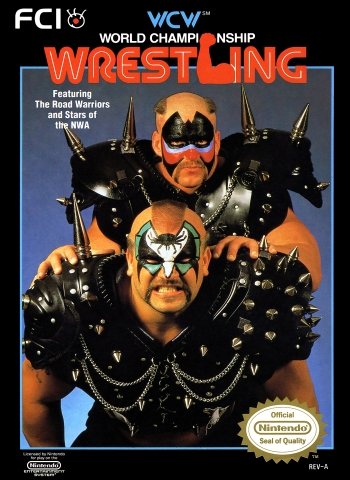