Info
1 Wallpapers 2 Images
Interact with the Game: Favorite I'm Playing This I've Played This I Own This I've Beat This Want To Beat This Want To Play This Want To Buy This
Guitar Hero: Metallica is the second game in the Guitar Hero series to focus on specific band, following the release of Guitar Hero: Aerosmith. This title largely borrows from the novelties introduced in Guitar Hero: World Tour, with band career modes for single or multiple players with a storyline drawn as a cartoon, competitive modes online, and the possibility to play with different instruments such as a regular guitar, a bass guitar, drums, and doing the vocals. The storyline describes how a band wants to follow in the footsteps of the Metallica and become a leading act on their tour. This edition adds an Expert+ difficulty mode where players need to drum using a second bass pedal to mimic the playing style of Lars Ulrich, the drummer of the band. The members also did motion capture sessions for the avatars in the game.
Game Info
Platforms: Microsoft Xbox 360 Nintendo Wii Sony Playstation 2 PlayStation 2 Xbox 360 PlayStation 3 Wii
Franchise: -
Released: 2009-03-29
ESRB: T - Teen
Players: 4+
Play Modes: Coop
Publisher: Activision
Developer: Budcat Creations
Rating: 0.00
Genres:
Tags: 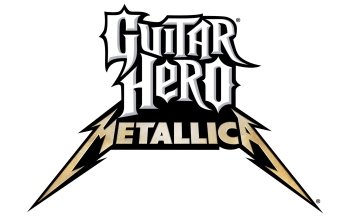