Interact with the Game: Favorite I'm Playing This I've Played This I Own This I've Beat This Want To Beat This Want To Play This Want To Buy This
Centuries ago two unspeakably evil forces were entrapped in a Demon Stone while battling each other. Now three adventurers happen to meet by chance and discover the Demon Stone just as it breaks and releases the two spirits: a Githyanki general and a Slaad lord. Now only these three can prevent a war that will sweep over all Faerun. Forgotten Realms: Demon Stone is an action RPG set in the world of Dungeons & Dragons: Forgotten Realms. Take control of three heroes, Rannek the fighter, Illius the sorcerer, and Zhai the rogue, as they try to destroy the evil unleashed by the breaking of the Demon Stone. The player only controls one character at a time but can switch between them on the fly with the direction pad. Each character has his/her own attack and can perform combos by pressing certain button combinations, e.g. B + B or A + B + A, and even perform team attacks and a team super attack. As they gain experience they will gain levels and can purchase new moves (combos) or upgrade old ones with experience points. They also collect gold with which they purchase new weapons, armor, and accessories at the end of each chapter.
Game Info
Platforms: Sony Playstation 2 Microsoft Xbox PlayStation 2 Xbox PC
Franchise: -
Released: 2004-11-16
ESRB: T - Teen
Players: 1
Publisher: Atari
Developer: Stormfront
Rating: 0.00
Genres:
Tags: 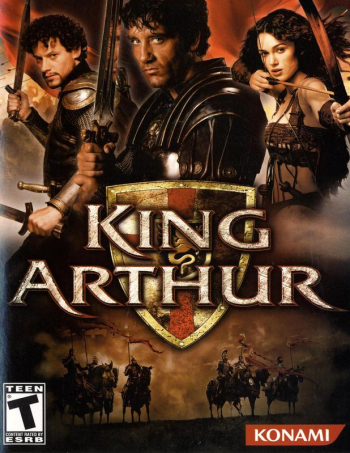