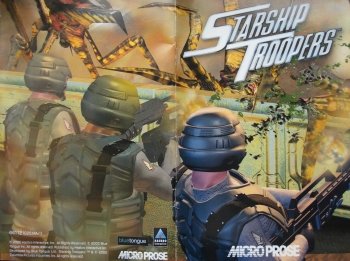 Info
2 Images
Interact with the Game: Favorite I'm Playing This I've Played This I Own This I've Beat This Want To Beat This Want To Play This Want To Buy This
Starship Troopers: Terran Ascendancy is a real time strategy game with a common misunderstanding. This game is not based on the movie Starship Troopers. Both, the game and the movie, are based upon the novel by Robert A. Heinlein. This is one of the few strategy games where you cannot build a base and recruit units. Instead you lead up to three squads into combat. Each squad contains a leader, five soldiers and one specialist (medic, engineer, PSI for detecting hidden bugs, MIST-Trooper as a sniper). During a mission there is no reinforcement and you are outnumbered by the bugs. The enemy units are not very intelligent, but they use their own special abilities like splitting acid and are very powerful. There is a wide range of enemies, from simple close-range fighters to suicide units, artillery bugs and even human soldiers. The mission objectives are also different. From simple hunting missions up to escorts or the capturing of bugs. The game also have a RPG part. Surviving soldiers gain experience points for each killed bug / destroyed bug holes. By and by the soldiers increase their states and acquire higher ranks. Better battle suits (armor) and stronger weapons are only available for soldiers with high ranks. The basic soldier (called Cat Trooper) have no armor and is an easy prey for the bugs. Besides the experience points you gather upgrade points for your equipment for e.g. increase the damage of the weapons. Another aspect of the RPG part is that you can equip each of your soldiers individual with up to two different weapons and two tech-items (like bombs or toxic gas). The graphic of the landscape is low on details, everything looks post apocalyptic. Much better is the combat graphic and the explosions. The cutscenes are made with the in-game graphic. Besides the sound effects your soldiers all have a voice to confirm your orders.
Game Info
Franchise: Starship Troopers
Released: 2000-10-28
Publisher: MicroProse Software, Inc.
Developer: Blue Tongue Entertainment Pty, Ltd.
Platforms: PC
Genres: Action
Tags:
Part of the Starship Troopers Fan Club
Starship Troopers Fan Club 36 Wallpapers 10 Art 45 Images 4 Avatars 2 Games 4 Movies 1 TV Shows 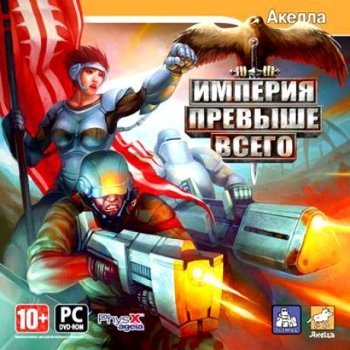