Interact with the Game: Favorite I'm Playing This I've Played This I Own This I've Beat This Want To Beat This Want To Play This Want To Buy This
Future Wars is a turn based strategy game for the PC that was released on April the 7th, 2010. The game takes almost all of it's gameplay concepts from the Advance Wars series. Strong influences from this series of games can also be seen in the visual design and storytelling. It features several game modes including a single player campaign, multiplayer versus, multiplayer co-op (humans vs AI), and play by e-mail.
Game Info
Franchise: -
Released: 1989-12-31
Publisher: Meridian4
Developer: Radon Labs GmbH
Platforms: PC Amiga Atari ST Sharp X68000
Genres: Strategy Adventure
Tags: 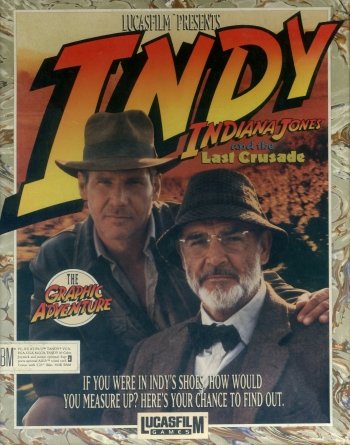 Indiana Jones and The Last Crusade: The Graphic Adventure
Cruise for a Corpse
Operation Stealth