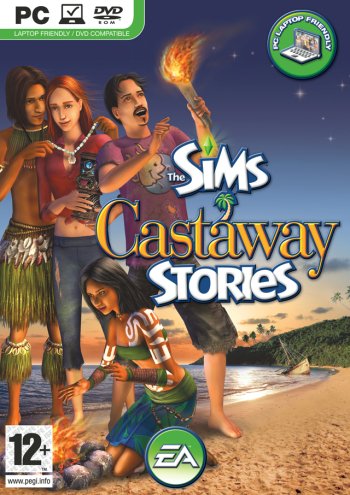 Info
2 Images
Interact with the Game: Favorite I'm Playing This I've Played This I Own This I've Beat This Want To Beat This Want To Play This Want To Buy This
The Sims Castaway Stories is the third game (and the last) in the spin-off series, The Sims Stories, developed by Maxis and EA Games. The plot circulates around a group of Sims which survived the sinking of Queen Solomon. The game consists of 24 chapters (unlike the other The Sims Stories games), and the player can choose the character with whom he or she will play the game, or create a custom one. The game was released on January 29, 2008.
Game Info
Franchise: -
Released: 2008-01-29
ESRB: T - Teen
Players: 1
Publisher:
Developer:
Platforms: PC Mac
Genres: Life Simulation Strategy Simulation
Tags: