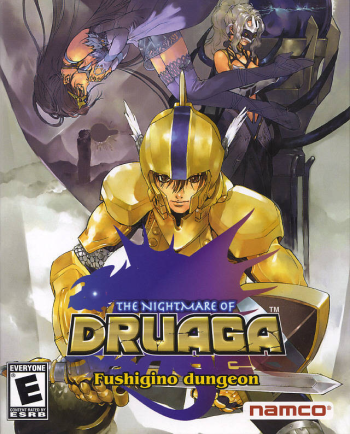 The Nightmare of Druaga: Fushigino Dungeon

Info
Alpha Coders 1 Images
Interact with the Game: Favorite I'm Playing This I've Played This I Own This I've Beat This Want To Beat This Want To Play This Want To Buy This
In this turn-based dungeon crawler you play as Gil, whose beloved fiancee has been kidnapped by a sorceress and taken to the Tower of Druaga. Gil puts on a suit of armor that radiates light, and proceeds into the dungeon to save his beloved Ki. The combat system and exploration might be the best part of the game. The map is set up in a grid, and you do everything in turns, like moving, battling, or recovering. The timing of moves is also critical, and the game feels like a real-time game because you aren't waiting like you typically would for turn-based games. The Nightmare of Druaga: Fushigino dungeon is a collaboration between the Mysterious Dungeon series and the arcade classic The Tower of Druaga.
Game Info
Franchise: -
Released: 2004-07-29
ESRB: E - Everyone
Publisher: Namco
Developer: Arika Co., Ltd., Chunsoft Co., Ltd.
Platforms: Sony Playstation 2 PlayStation 2
Genres: Adventure Role-Playing
Tags: 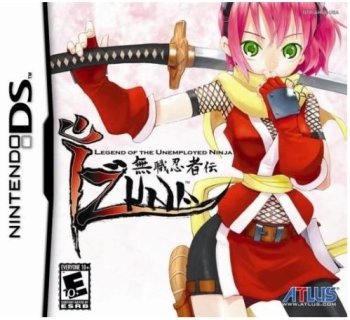 Izuna: Legend of the Unemployed Ninja 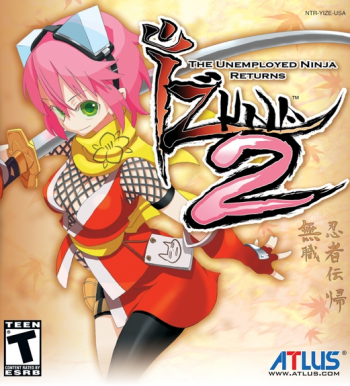