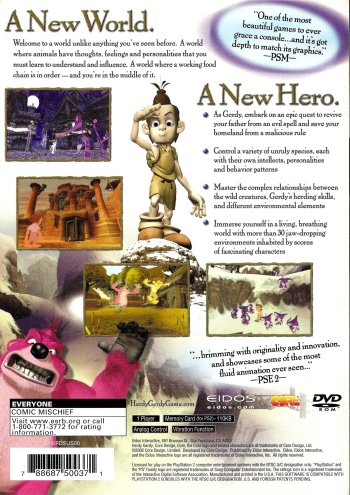 Info
Alpha Coders 4 Images
Interact with the Game: Favorite I'm Playing This I've Played This I Own This I've Beat This Want To Beat This Want To Play This Want To Buy This
Gerdy, an apprentice herder, embarks on a quest to rescue his father from an evil spell. His journey takes him across an island of diverse territories, populated by an assortment of wild creatures, each of which form part of a complex inter-related food chain. To avenge his father's nemesis and restore goodness to the island, Gerdy must hone his herding skills and ultimately compete in a tournament to become Master Herder. Herdy Gerdy is primarily a platform game with strategy and puzzle elements. The levels involve Gerdy traversing hazardous areas with timed jumps, avoiding or destroying obstacles. However, a significant portion of the gameplay is dedicated to collecting various animals, leading them onto a safe path, similarly to Lemmings. Each of the animals has its own behavior and skills (e.g. swimming), requiring the player to utilize different tactics to capture them.
Game Info
Franchise: -
Released: 2002-03-04
ESRB: E - Everyone
Publisher: Eidos
Developer: Core Design
Platforms: Sony Playstation 2 PlayStation 2
Genres: Action Action-Adventure
Tags: 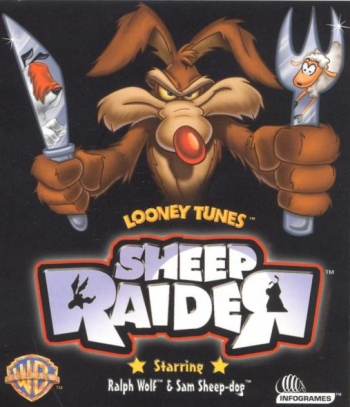