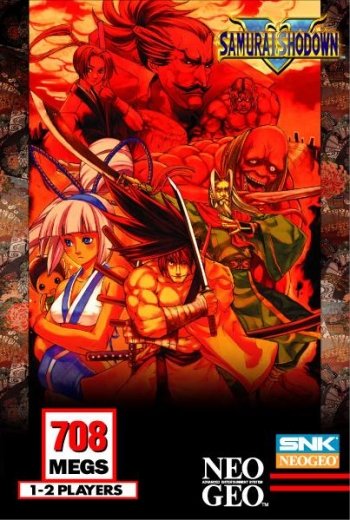 Info
4 Wallpapers 1 Images
Interact with the Game: Favorite I'm Playing This I've Played This I Own This I've Beat This Want To Beat This Want To Play This Want To Buy This
Samurai Shodown has been a long-respected 2D fighting series for its animated and colorful characters offset by subtly gritty and intense swordplay. In terms of weapons-based fighters, there’s no comparing this game with the brilliant 3D visuals and the fluid offensive-and-defensive gameplay of last year’s Soul Caliber III, they are of different decades. The original Samurai Shodown came to market the same year as the first Mortal Kombat, and though it offered no “finishing moves”, the screen was frequently painted red with the arterial spray of blood from the losing character. In this fifth iteration of Samurai Shodown, however, some of that intensity, and blood, isn’t as prevalent. There are a total of 26 characters to choose from, and the series best are represented -- Haohmaru, Hanzo, Jubei, Genjuro, Nakaruru (and her bird). Of course, it wouldn’t be an SNK title if there weren’t some truly bizarre characters as well. Kusaregedo, an oversized mutant with a purple vomit attack, would be a more appropriate character for Ghost Hunter. And true-to-form, the story mode ultimately pits you against “Gaoh” an overlord who has (wait for it…) demon-transformation powers.
Game Info
Franchise: -
Released: 2003-10-10
Players: 2
Publisher: Snk Playmore
Developer: Yuki Enterprise
Platforms: NeoGeo Arcade Sony Playstation 2 Neo Geo PlayStation 2 Xbox PlayStation Network (PS3) Nintendo Switch
Genres: Fighting
Tags: 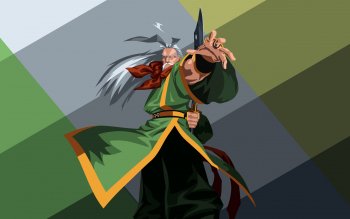 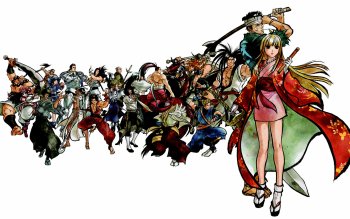 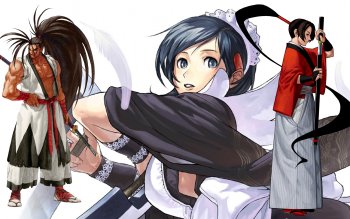 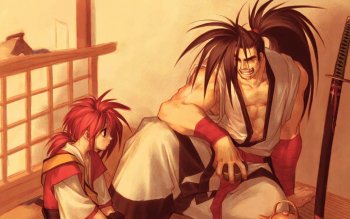