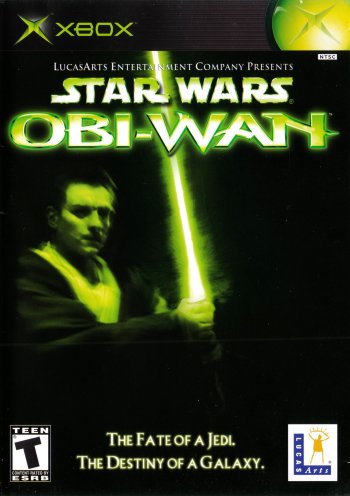 Info
3 Images
Interact with the Game: Favorite I'm Playing This I've Played This I Own This I've Beat This Want To Beat This Want To Play This Want To Buy This
Star Wars: Obi-Wan is a 2001 video game published by LucasArts, one of the early titles for the Xbox gaming console. This game features Obi-Wan Kenobi as a Padawan and takes place in around 32 B.B.Y., in the weeks prior to and during the events of Star Wars Episode I: The Phantom Menace. At the beginning of the development, the game was intended for a PC release —- and was even rumored by PC Gamer to be a "sequel" to Star Wars Jedi Knight: Dark Forces II —- emphasizing on mouse control of the Jedi lightsaber. However, it was soon scrapped and shifted to exclusive Xbox development, allegedly due to lack of performance on the PC platform. Plans for objective based multiplayer modes and online play were also scrapped. After the release, Nintendo GameCube and Game Boy Advance versions were also planned but they were cancelled due to mediocre reviews
Game Info
Franchise: Star Wars
Released: 2001-12-19
ESRB: T - Teen
Publisher: LucasArts
Developer: LucasArts
Platforms: Microsoft Xbox Xbox
Genres: Action
Tags:
Part of the Star Wars Fan Club
Star Wars Fan Club 3775 Wallpapers 848 Art 2266 Images 2882 Avatars 543 Gifs 105 Games 37 Movies 7 TV Shows 5 Discussions 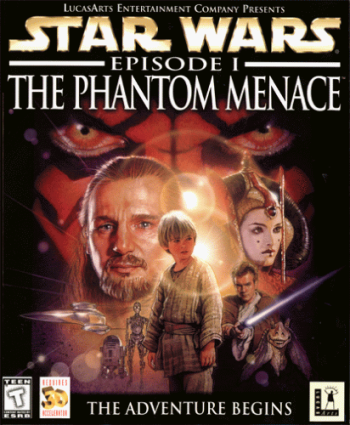