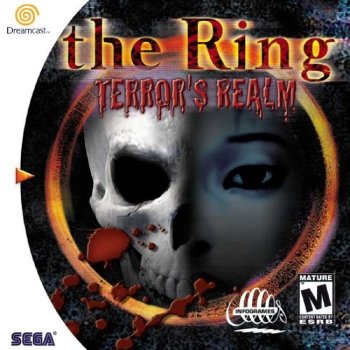 Info
1 Images
Interact with the Game: Favorite I'm Playing This I've Played This I Own This I've Beat This Want To Beat This Want To Play This Want To Buy This
Patterned after genre-defining games such as Resident Evil and Silent Hill, The Ring: Terror's Realm presents a survival-horror experience with all the standard features one would expect. Players assume the role of Meg Rainman, the girlfriend of fellow CDC employee Robert, who, along with three other colleagues, met a mysterious and untimely death while playing a new video game. Determined to uncover the truth, Meg discovers the program on Robert's computer and is promptly sucked into a virtual world. Here, she becomes infected with a virus and has only the next seven days to live. The Ring: Terror's Realm presents players with a handful of different perspectives including third-person, first-person, and a dynamic viewpoint similar purpose to that in the Resident Evil series, which provides constantly changing camera angles. The core gameplay has players traveling between the real and virtual worlds while acquiring items, solving puzzles, and killing larvae, lizards, gorillas, and other monsters. Initially armed with little more than a basic handgun, Meg will eventually amass weapons such as a shotgun, an assault rifle, a rocket launcher, and more. When in the virtual world, players can make use of a flashlight to help Meg find her way through the darkened corridors. Other useful items she include healing serum and various context-sensitive objects that will aid her progress through the adventure. Often, Meg will be required to seek out a specific character in order to advance. Cut scenes highlight important encounters throughout the quest. Players can record their progress using devices scattered around the game world and can manage their inventory by placing unwanted items in boxes, which also are found in various locations.
Game Info
Franchise: -
Released: 2000-02-24
ESRB: M - Mature
Players: 1
Publisher: Infogrames
Developer:
Platforms: Sega Dreamcast Dreamcast
Genres: Horror Action-Adventure
Tags: