Info
2 Images
Interact with the Game: Favorite I'm Playing This I've Played This I Own This I've Beat This Want To Beat This Want To Play This Want To Buy This
Death Track: Resurrection is a remake of the 1989 game Deathtrack. It is a futuristic driving game that combines arcade racing with vehicular combat. The player participates as a rookie pilot in survival races in the future, organized to be broadcasted over television and set in the post-apocalyptic setting of what is left of such cities as Paris, Bangkok, London, Vatican City, Prague, New York, Moscow, Istanbul, San Diego and Tokyo. Between the races, the story of the thrills and sabotage is furthered through rendered cutscenes.
Game Info
Franchise: -
Released: 2009-03-31
Players: 1
Publisher: 1C Company
Developer: Sky Fallen
Platforms: Sony Playstation 3 PC PlayStation Network (PS3)
Genres: Racing
Tags: 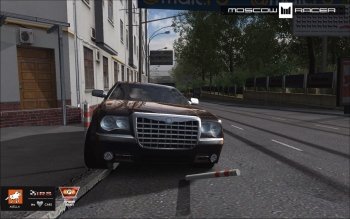