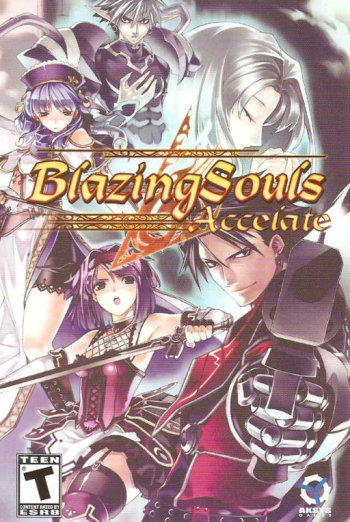 Info
3 Images
Interact with the Game: Favorite I'm Playing This I've Played This I Own This I've Beat This Want To Beat This Want To Play This Want To Buy This
The story begins with Zero the protagonist making his living as an independent contractor. One day he is investigating a certain site. It is there that he finds a mysterious stone infused with a powerful magic known as the Core Elemental. As he takes on more and more jobs to investigate other locations, he discovers more and more Core Elemental stones. On his travels, he begins to encounter the Human Genomes-new creatures created by God to replace mankind.
Game Info
Franchise: -
Released: 2010-10-18
ESRB: T - Teen
Players: 1
Publisher: Aksys Games
Developer: Neverland
Platforms: Sony PSP Sony Playstation Portable PlayStation Portable iPhone PlayStation Network (PSP) iPad Android
Genres: Role-Playing Strategy
Tags: