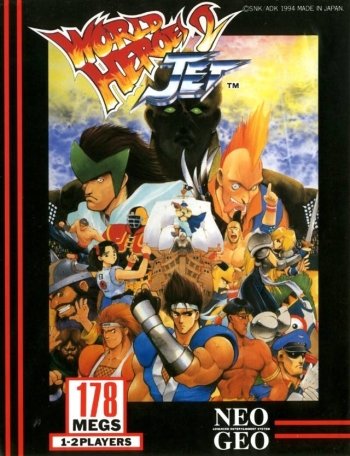 Info
Alpha Coders 18 Images
Interact with the Game: Favorite I'm Playing This I've Played This I Own This I've Beat This Want To Beat This Want To Play This Want To Buy This
The 2D fighter World Heroes 2 Jet is the sequel to 1993's World Heroes 2 and has a total of 16 playable characters, two more than World Heroes 2. The game offers two modes to choose from: a regular mode and a "Forging of the Warrior" mode. The regular mode is like the single-player mode of other fighting games, except that players don't square off against one character. Instead, players will face off against groups of three characters at a time. Players will fight each character for one round, with the requirement for advancing being to win two of the three rounds. After fighting five sets of three characters, players then face a series of characters in single combat until the ending fight with Zeus.
Game Info
Franchise: -
Released: 1994-06-10
Players: 2
Publisher: SNK
Developer: ADK
Platforms: Arcade Nintendo Game Boy NeoGeo Neo Geo Game Boy Neo Geo CD Wii Shop Xbox One PlayStation 4 Nintendo Switch
Genres: Fighting
Tags: 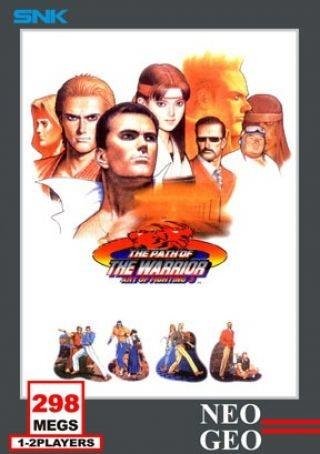 Art of Fighting 3: The Path of the Warrior
Fatal Fury 3: Road to the Final Victory! 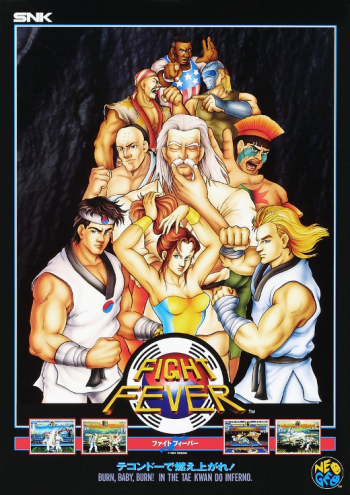