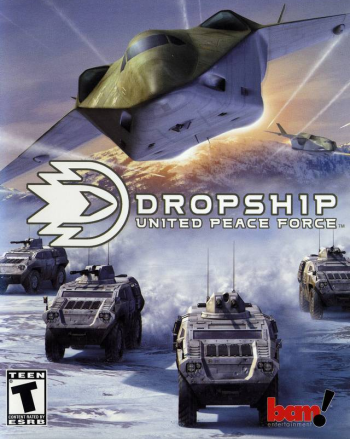 Info
Alpha Coders 1 Images
Interact with the Game: Favorite I'm Playing This I've Played This I Own This I've Beat This Want To Beat This Want To Play This Want To Buy This
Dropship is an action game set in the year 2050. Terrorist attacks have increased severely, which is why big nations of the world decided to form the UPF, "United Peace Force", replacing the UN and NATO. It is an anti-terror army, operating world-wide. But there is another globally operating group: A massively militarised drug syndicate. When an attack on a peace convoy in Columbia is linked to this cartel, the UPF starts investigation. A central base and training camp of the drug cartel is believed to be located somewhere in Libya. The UPF opens up a base in this country and starts looking for the criminals. The player is a recently recruited soldier and pilot of the UPF. During the campaign, which lasts for 20 rather long missions, he can travel and fight on foot, in tanks and various other ground vehicles, but most of the time he will be piloting a dropship, either of the attack, defender or transport class. Dropships can operate in hover and flight mode, and carry a large amount of weapons and cargo.
Game Info
Franchise: -
Released: 2002-05-31
ESRB: T - Teen
Players: 1
Publisher: SCE
Developer: Studio Camden
Platforms: Sony Playstation 2 PlayStation 2
Genres: Action Simulation
Tags: 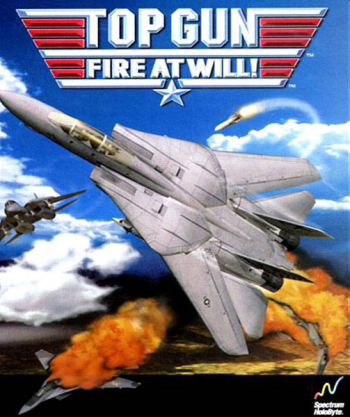 Top Gun: Fire at Will!