Arcanum: Of Steamworks and Magick Obscura

Info
1 Wallpapers 4 Art 4 Images
Interact with the Game: Favorite I'm Playing This I've Played This I Own This I've Beat This Want To Beat This Want To Play This Want To Buy This
Arcanum is a role-playing game similar in concept and many gameplay principles to Fallout. It is set in a unique world, which can be described as mixture between Tolkienesque fantasy, steampunk technology and elements of British and North American culture of the 19th century: dwarves may carry molotov cocktails, and a half-orc protagonist can travel by train between Victorian-like cities. Magic and technology are opposed to each other; most humans and dwarves embrace technology, while some elf clans stick to the old ways and consider scientific progress evil. In the beginning of the game the player creates the main character, choosing from a variety of races, attributes, magical or technological disciplines, social skills, backgrounds, etc. When the character levels up, the player can increase his main parameters as well as any available skills. Like in Fallout games, the player directly controls only one character; however, companions who join the party may be given orders, and their inventory can be managed by the player.
Game Info
Platforms: PC
Franchise: -
Released: 2001-08-22
ESRB: M - Mature
Players: 4+
Publisher: Sierra Entertainment
Developer: Troika Games
Steam Review Count: 418
Rating: 7.00
Genres:
Tags:
adventure
Character Customization
CRPG
fantasy
Female Protagonist
isometric
magic
open world
Real-Time
RPG
Singleplayer
steampunk
Turn-Based 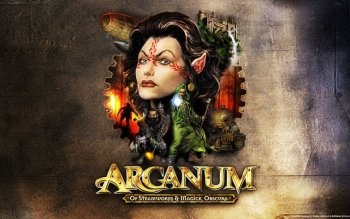 Lionheart: Legacy of the Crusader

The Temple of Elemental Evil

Pillars of Eternity
Dragonfire: The Well of Souls