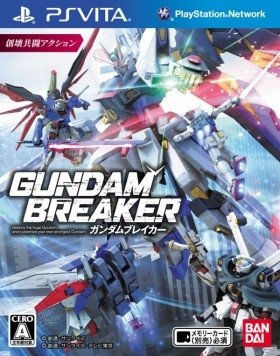 Info
Alpha Coders 1 Images
Interact with the Game: Favorite I'm Playing This I've Played This I Own This I've Beat This Want To Beat This Want To Play This Want To Buy This
The popularity of the Japanese anime metaseries Mobile Suit Gundam since its release in 1979 has resulted in a spread of merchandise across various forms, with video games among them. This is a list of video games that are set in the franchise's various timelines, and are segregated by the console systems they were released for.
Game Info
Franchise: Gundam
Released: 2013-07-31
Developer:
Platforms: Sony Playstation Vita
Tags:
Part of the Gundam Fan Club
Gundam Fan Club 859 Wallpapers 36 Art 511 Images 137 Avatars 494 Gifs 49 Games 12 Movies 18 TV Shows