Interact with the Game: Favorite I'm Playing This I've Played This I Own This I've Beat This Want To Beat This Want To Play This Want To Buy This
New Rally-X is a maze and driving arcade game that was released by Namco in 1981. It runs on similar hardware to that of its predecessor, and as its name suggests, it is a revised version of that title, which was released in the previous year. The only differences are that it has slightly enhanced graphics, easier gameplay, a new soundtrack, and a "Lucky Flag" (with the letter "L") that gives the player extra points for remaining fuel when collected,[1] after which the round will continue if there are still flags remaining. The mazes are mostly identical, with some of the blocks from Rally-X changed into roads to reduce dead ends, and some different flag (and rock) locations. This title was manufactured in greater numbers and was much more popular (at least in Japan) than its predecessor.
Game Info
Franchise: -
Released: 1981-02-28
Players: 2
Publisher: Namco
Developer: Namco
Platforms: Arcade Xbox 360 Games Store Wii Shop PlayStation 4 Nintendo Switch
Genres: Racing Action Driving/Racing
Tags: 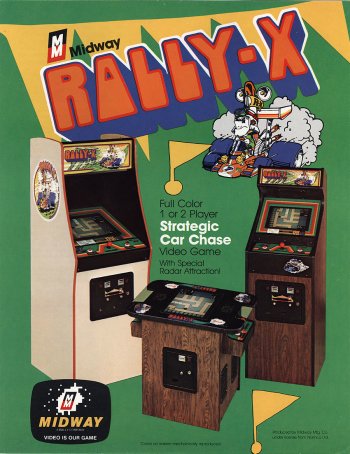 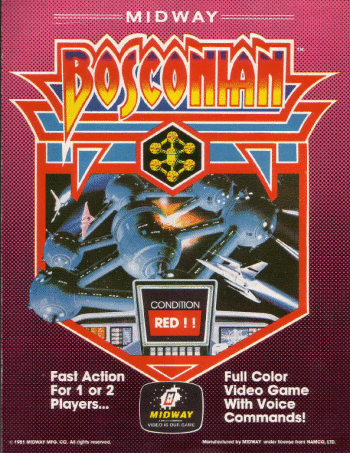