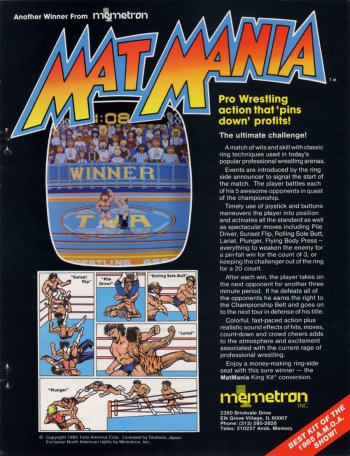 Info
Alpha Coders 2 Images
Interact with the Game: Favorite I'm Playing This I've Played This I Own This I've Beat This Want To Beat This Want To Play This Want To Buy This
The ultimate challenge! A match of wits and skill with classic ring techniques used in today's popular professional wrestling arenas. Events are introduced by the ring side announcer to signal the start of the match. The player battles each of his 5 awesome opponents in quest of the championship. Timely use of joystick and buttons maneuvers the player into position and activates all the standard as well as spectacular moves including Pile Driver, Sunset Flip, Rolling Sole Butt, Lariat, Plunger, Flying Body Press -- everything to weaken the enemy for a pin-fall win for the count of 3. or keeping the challenger out of the ring for a 20 count. After each win. the player takes on the next opponent for another three minute period. If he defeats all of the opponents he earns the right to the Championship Belt and goes on to the next tour in defense of his title. Colorful, fast-paced action plus realistic sound effects of hits, moves, count-down and crowd cheers adds to the atmosphere and excitement associated with the current rage of professional wrestling.
Game Info
Franchise: -
Released: 1985-09-30
Players: 2
Publisher: Taito
Developer: Technos Japan
Platforms: Arcade PlayStation 4
Genres: Wrestling
Tags: 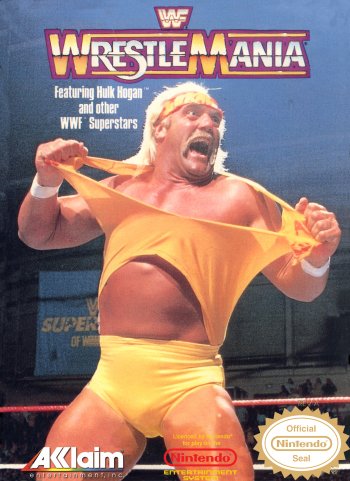 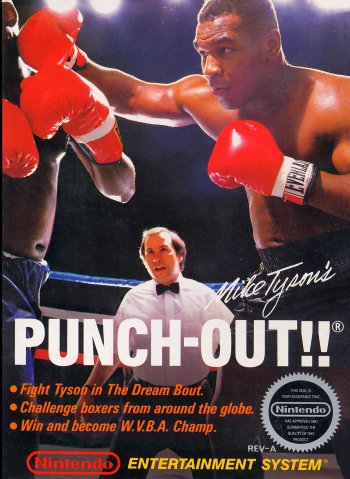 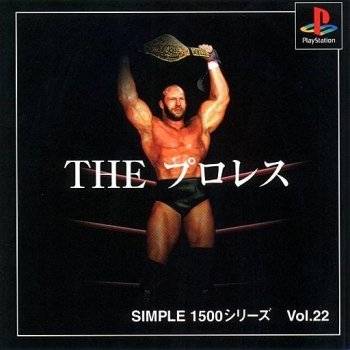