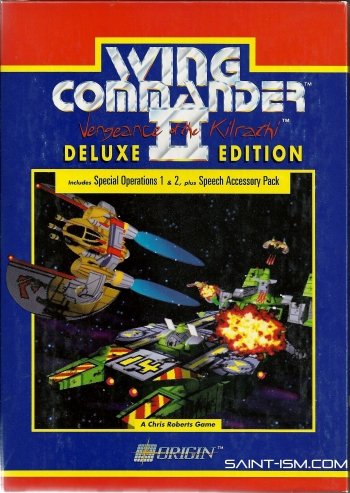 Info
Alpha Coders 3 Images
Interact with the Game: Favorite I'm Playing This I've Played This I Own This I've Beat This Want To Beat This Want To Play This Want To Buy This
Ten years ago, you were the Hero of Vega Sector, idol of millions - the starfighter pilot who single-handedly turned the tide of a major Kilrathi invasion. Then something went wrong. You were disgraced, court-martialed and transferred to a backwater outpost. For years, your lightning-quick reflexes and instinctive dogfighting tactics went to waste while the Kilrathi killed your closest friends on the front lines. But Mankind still needs a hero, now more than ever before. And you're still the best pilot in the Galaxy. You've got just one chance to prove yourself, just one chance to keep the Terran homeworlds from falling to the massed armada of the Empire of Kilrah. Thank you can handle it, flyboy?
Game Info
Franchise: -
Released: 1991-09-04
Publisher: Origin
Developer:
Platforms: PC
Genres: Action Simulation
Tags: