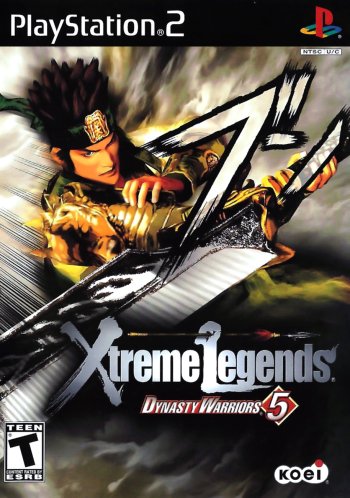 Info
Alpha Coders 2 Images
Interact with the Game: Favorite I'm Playing This I've Played This I Own This I've Beat This Want To Beat This Want To Play This Want To Buy This
Dynasty Warriors 5: Xtreme Legends[edit] Dynasty Warriors 5: Xtreme Legends (真・三國無双4 猛将伝) is a minor expansion to Dynasty Warriors 5. This game was released on November 16, 2005 and is playable only on the PlayStation 2 video game console. Dynasty Warriors 5: Xtreme Legends does not allow the player to play Musou Mode or Free Mode if the player does not possess the original Dynasty Warriors 5 game disk. New game modes included Destiny Mode, Xtreme Mode, and Legend Mode. Xtreme Mode is a parallel to Shura Mode in Dynasty Warriors 5 Special, in which the objective of the game is for the human-controlled character to survive as long as possible while collecting gold dropped by enemies to regain health and increase stats temporarily. In Destiny Mode, the player is first allowed to customize a character. After creating a personalized character, a player will be asked to join the Kingdom of Shu, Wei and Wu. While in this mode, you will be playing as a character with very few attacks (starting off with only 2 fundamental hits) and will be "protected" by a chosen officer near the character. The officer will heal the character continuously when injured during battle, so long as the character is nearby. A unique feature of Destiny Mode is that at times the player is given the option to betray one force, while setting a ruse for another. For example, a player receives a letter from Cao Cao, the King of Wei, in which he asks the player to defect from the Kingdom of Wu to the Kingdom of Wei. If the player defers the offer to switch sides their commander may approach them in the hopes of creating a ruse to destroy the opposing force. If the player chooses to accept the option from their commander they will fight for the other side temporarily. When the time is right their original commander will have them move the opposing commander to a set position which will trigger their ruse and supporting units will ambush the opposing commander to support the player's defection.
Game Info
Franchise: Dynasty Warriors
Released: 2005-09-15
ESRB: T - Teen
Players: 1
Publisher: KOEI
Developer: Omega Force
Platforms: Sony Playstation 2 PlayStation 2
Genres: Action Brawler
Tags:
Part of the Dynasty Warriors Fan Club
Dynasty Warriors Fan Club 7 Wallpapers 24 Images 1 Avatars 31 Games 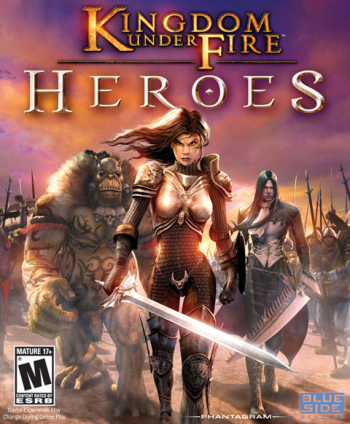 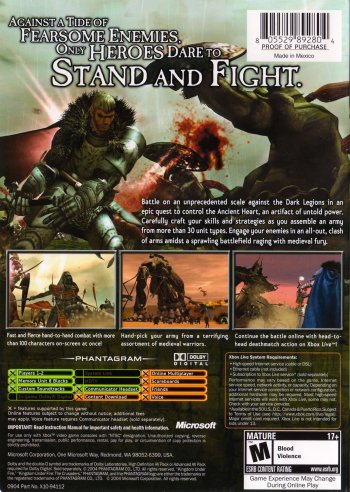 Kingdom Under Fire: The Crusaders