Info
1 Wallpapers
Interact with the Game: Favorite I'm Playing This I've Played This I Own This I've Beat This Want To Beat This Want To Play This Want To Buy This
Takumo Fujii lives in Tokyo and enjoys a life of an average teenager: he studies in school, works as a waiter on a part-time job, hangs around with friends, and so on. But one day, he meets a mysterious girl named Pai. Pai is the sole survivor of an ancient race called "sanzhiyan". Long ago, they discovered the secret of immortality, but as a result they lost their human form, and some of them mutated into horrible demons. Pai's dream is to become human again. Yakumo's father was her trusty friend, but he died, and wished his son would continue helping Pai. At first Yakumo doesn't feel very enthusiastic about that, but through a bizarre accident his nature becomes inseparable from Pai's, and he becomes immortal himself. He has no choice but to help Pai. They travel around the world, from Hong-Kong to Mexico, seeking their lost humanity, and fighting the remains of the demonic race.
Game Info
Franchise: -
Released: 1992-07-28
Players: 1
Publisher: Yutaka
Developer: Nova Games Ltd
Platforms: Super Nintendo (SNES) Super Nintendo Entertainment System
Genres: Role-Playing Adventure
Tags: 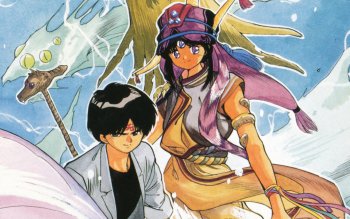