Interact with the Game: Favorite I'm Playing This I've Played This I Own This I've Beat This Want To Beat This Want To Play This Want To Buy This
The programmers at Microsoft are porting a game from their operating system over to the Game Boy Color with MICROSOFT PINBALL ARCADE. This pinball game was great fun on the PC, and now it is in a form that can be taken anywhere. There are seven different tables that are actually representative of real boards made by pinball giant Gottlieb throughout the last century. Each board carries a different theme, whether it is space travel or a haunted house. The boards also contain a varying number of paddles and paddle locations to make each a different playing experience. The graphics in this version are not as shiny as its computer counterpart, but they do translate well to the small color screen. The sound effects and music remain largely the same, adding to the game's arcade feel. The cartridge also contains a short but detailed history of pinball and how it has evolved over the years. MICROSOFT PINBALL ARCADE gives players the classic game with enough boards and extras to keep even the experts busy for quite a while.
Game Info
Franchise: -
Released: 1998-12-15
ESRB: E - Everyone
Publisher: Classified Games
Developer: Saffire
Platforms: Nintendo Game Boy Color Game Boy Color PC
Genres: Action Pinball
Tags: 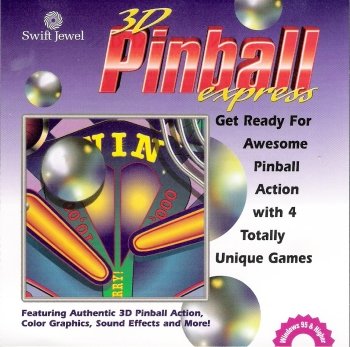